Posted on December 29, 2012 by Kelly Brinker Leave a comment 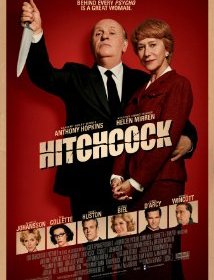 The temperatures have dropped and the tourists have arrived.  It is almost the New Year here in Pasadena.  You see the Rose Parade bleachers lining Colorado while out-of-towners try to find things to do in Old Town.  I thought I could duck into a movie theater to avoid the crowds but I was wrong.

I made my way to the Lammle Playhouse 7 theater on Colorado, right next to Vroman’s bookstore.  This was my first time taking in a show at the Pasadena Laemmle and the first time I had seen a line of patrons waiting to purchase a ticket.

I had been debating between going to the iPic theaters, Arclight and the Laemmle but the Laemmle won based on their film selections, specifically the film Hitchcock.  I have been a Hitchcock fan since I was a young girl and I first saw Psycho.  Many of my friends don’t share in my taste for the darker directors like Hitchcock (and Tim Burton, my second favorite filmmaker).  So I decided to go on my own and was pleasantly surprised to see the theater was packed.  (I also noticed that I was the youngest person in the audience).

I know the critics haven’t been kind to this film but I loved it.  Psycho is my favorite Hitchcock film so seeing the story behind the making of the film play out on the big screen with Sir Anthony Hopkins and Dame Helen Mirren was a twisted dream come true.  I am now an even bigger fan of the Hitchcock films (if that was even possible, I did write my Senior Thesis in college on the Hitchcock narrative).  But now I have a love and appreciation for Alma Reville, aka Mrs. Hitchcock.  She was truly the driving force behind the madness, the genius and the man.  Dame Helen Mirren was divine, demure, and once again, a strong kick-ass female character.  And of course Sir Anthony Hopkins was a genius, transforming himself into the Master of Suspense.  I could watch this film over and over again with these two brilliant actors at the helm.  Toni Collette does a superb job as Peggy Robertson, Hitchcock’s overworked assistant and secretary.  I was even impressed by Scarlett Johansson’s portrayal of Janet Leigh but I could do without Jessica Biel as Vera Miles.

It is a rare occasion these days when I leave a movie theater thinking, “I can’t wait to see that again.”  I felt that way after Hitchcock (and I even stayed until the end to see the after the credits Hitchcock departure).  I even went next door to Vroman’s to buy the book, “Alfred Hitchcock and The Making of Psycho” by Stephen Rebello, on which the film is based.  Now, I am at home, wrapped up in my USC snuggie with a glass in hand ready for a Hitchcock marathon.  I’ll give you one guess as to which film I am going to start with.