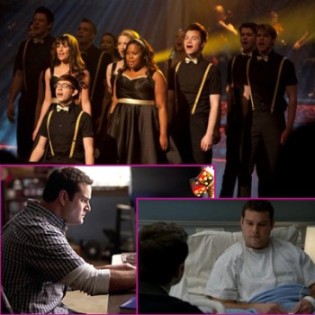 In response to last night’s GLEE episode, I feel that as a high school teacher I need to say something.  At first, I was shocked at where the storyline was going and then I was feeling a sense of Deja Vu when the “Adults” (why aren’t there more teachers in their high school?) were talking about how to react around the students and how nervous everyone is about “copycat” syndrome that often occurs after a student attempts suicide.  I sat through a very similar session just two weeks ago when a student killed himself at the high school where my best friend teaches.  Everyone in our school district is still dealing with what happened.  A young sophomore was picked on, pushed around and teased to the point where he felt the need to take his own life.  I personally never knew the boy but many of my students and friends did.  But what I do know is that he wasn’t even at the point where he could really live his life when he decided to end it.  No one should be made to feel like death is the only solution.

Bullying is a serious problem.  I have heard people from my generation talk about how they don’t remember Bullying being such an issue when we were in school.  The thing is that back then, we didn’t have the Internet.  If something happened, you didn’t usually hear about it.  Now, your cousins in Canada will know if someone at your school is gay or short or fat or a nerd or whatever, all thanks to the Information Hellway we call the Internet.  We didn’t have Facebook, Formspring, Tumblr, Twitter and the like.  We didn’t have cellphones that could text or go on the Internet instantly.  Rumors spread like wildfire these days and it is terrifying.  And the majority of the rumors are not even true.  It is the high-speed version of the Telephone game.  Information travels at light speed.  I knew about the student’s suicide before my friend, a teacher at that school, knew what was going on.  I had kids in my classroom crying 10 minutes after it happened.

And yes, as teachers we make the students put away their cellphones and stay off the social networks while they are in school but they are smarter than we are when it comes to high-tech sneakiness.  We used to try to figure out how to sneak out of our houses at night.  These kids know how to take notes and text without a teacher having any idea.  So if someone in class farts, the whole school knows about it within a matter of minutes.  We can try all we want but as a society everyone is addicted to their “Smartphones” and the kids today don’t know a world without them.  It is a battle we will never win.

I do love how realistically GLEE portrayed the instantaneous rumor spreading.  He came home and checked his Facebook to see what they were saying.  (Though if it were at my school, he would have checked his iPhone when he left the locker room).  It is sad but true.  The majority of kids see their friends teasing someone so they join in to be a part of the crowd.  So before you know it, hundreds, maybe even thousands of kids are participating in cyberbullying.  Many may not even know the person they are attacking.  So how do we make it stop?

As a teacher, I try to be someone the kids feel they can come to if they are having a problem.  Last year, I had a student come out of the closet to me and tell me about how they were being teased.  They were suicidal.  I followed procedure and instantly got them help.  I went to my administrator, the counselor and the school psychologist.  We all rallied around them to let them know that we all cared.  I found out about the Trevor Project.  They have experts that students can talk to and give the appropriate support.  We made sure that they knew they didn’t have to suffer in silence.  There are people out there that care and would be there for support.  There are people out there who would never judge them.

These kids need to know that life gets so much better after high school.  High School is full of drama and stress.  Everyone is in everyone else’s business.  They need to start thinking past themselves.  They have to learn what it is like to be in someone else’s shoes.  I always tell them, “treat others the way you would want to be treated.”  It’s sad that I have to remind them “how would you feel if someone was saying that to you” “or how would you feel if someone posted that about you.”

We need to stop going after the gays in “the name of God.”  I don’t know what Bible they read but I remember Jesus saying he was dying for all our sins–not just the straight people.  Jesus said to love everyone and forgive everyone–right?  If Jesus, or God, was telling me to hate someone for any reason, then that isn’t someone I want to believe in.  We are all human beings and we should show compassion and respect to all other human beings. 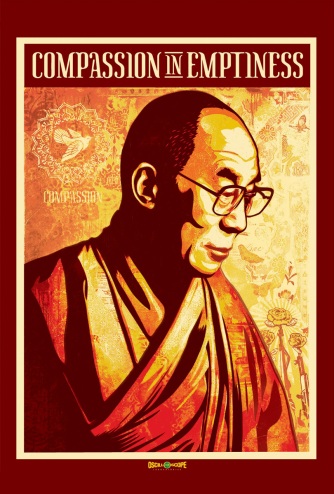 I watched this great documentary by His Holiness, The Dalai Lama, entitled Compassion in Emptiness.  It is on NetFlix streaming and I recommend it to everyone.  In this film, His Holiness is giving a talk about Compassion.  He says that we need to stop looking at things from a complicated level.  We need to go back to basics where we are all just human beings.  When we start talking about race, religion, and sexual orientation, we are looking at the secondary level where things are too complicated.  Complications lead to strife.  So in order for us to achieve peace and happiness, we need to stick to the basic level of understanding, “we are all human beings.”  We need to show compassion to all human beings, even if we disagree with their life choices.

And we need to stop making politicians speak for us.  All politicians lie.  Trust me, I was in Public Relations.  They all have an agenda.  All they care about is winning and getting your vote.  They will say whatever you want to hear.  You can’t trust them.  Power is corrupt, ergo those with power are corrupt.  So why do we let them do what they do?  We seem to forget that they are supposed to be working for us.  And what kind of example are they setting for our youth with their campaign ads that are designed to “destroy” their competition.  The kids are taught at an early age to look up to our Senators, Governors, and Commander In Chief.  But when you turn on the TV, you see them bullying each other in ads and in debates.  What are we teaching our children?

There are many in this world who view the United States as a Bully.  If you are one of those people, I apologize.  I am an American but I am not a Bully.  I am a human being.  I am a teacher who goes to work every day because I know I have the chance to make a difference in the lives of my students.  I teach photography but my kids often say my class is “the real world” class.  I try to go above and beyond the simple practices of how to work a camera.  I don’t do it for the money–believe me, there is no money in teaching (which is why I have two other jobs on the side).  I do it for the kid who came to me for help instead of committing suicide.  It is about helping your fellow human being.

I once heard a woman give a speech about how we have two purposes in life.  One is to be a Student, learning all of life’s lessons.  The Second is to be a Teacher, teaching what we have learned.  I took it literally.

My story and the GLEE story had a happy ending–the kids survived.  But unfortunately it doesn’t always turn out that way.  It is sad that it often takes the loss of a young life to bring society to an awakening.  We need to open our eyes and see what is going on around us, see what our kids are seeing.  Start that conversation.  Stop saying “oh, it is just teenage angst.”  If you see a kid in pain, give them a hug.  Ask them what is wrong and LISTEN.  You have to become aware of the truth in order to make a difference.

4 thoughts on “SHOW COMPASSION FOR ALL”